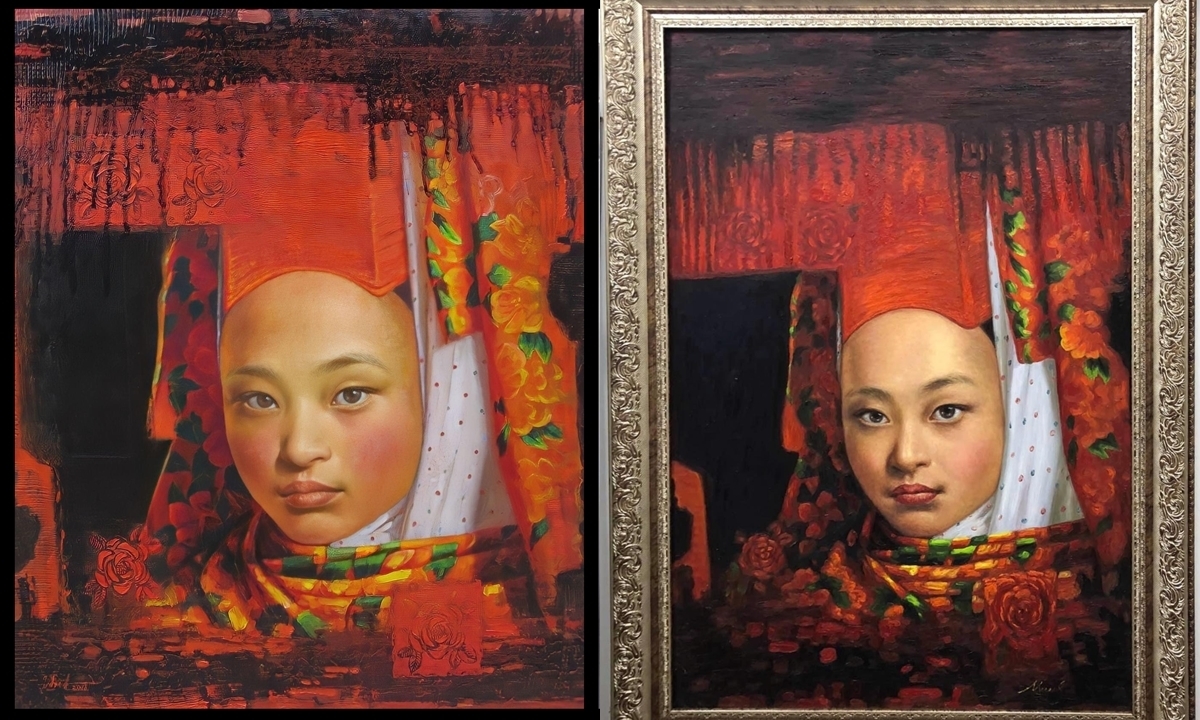 L’Anh said that a few days ago, one of his students told him that Pham Hong Minh, who rose to fame by doing live paintings, had a copy of his painting titled “Li Xi Nhe”. (Lucky Money) but with the latter’s signature on it.

Later, The Anh discovered that the same was done to another of his paintings, “Co Gai Dao Do” (Red Yao Girl).

Anh said making copies of paintings was normal practice in the country, but Minh was not allowed to put his own signature on them.

He contacted Minh but received no response, so he posted the story on his Facebook and caught many people’s attention. Minh then contacted The Anh and said he bought the replicas from a store in Hanoi and signed them because he “liked them”.

“I have never seen anyone sign a painting after buying it. The problem is not to buy or not to buy the painting, the main point is that if you have signed a painting, you pretend be its author.

“I can’t accept this. My works have been copyrighted, exhibited and sold to collectors.”

L’Anh said his original oil painting “Li Xi Nhe” was completed in 2016 and displayed in an exhibition in 2017, while “Co Gai Dao Do was painted in 2013. Both paintings have copyright certificates and were sold to collectors.

Minh said he didn’t copy the paintings because he bought them. Once purchased, the paintings belonged to him. Therefore, it was his personal right to write and draw on it or resell it to someone else.

“To say that I copied his paintings is a slander. I texted and asked to meet him but he didn’t agree,” Minh said.

The Anh demanded that Minh publicly apologize in the press and destroy the two falsely signed replicas, failing which he will take legal action.

Artist Tran Lam Binh, who has seven art exhibitions under his belt, said he disagrees with people copying another artist’s work and signing their name on it . He said his own works had been copied many times by others without permission, but the copiers did not put their own signatures on them, so he chose not to make a fuss about them.

Binh said reproduction of paintings is permitted under intellectual property law under two conditions. First, whoever copied the painting had to ask the author for permission.

Second, a painting can be reproduced without permission if it was over 50 years old and its copyright term had expired.

However, no one had the right to affix his signature to a painting if he was not the author.

Art expert Ngo Kim Khoi said The Anh should take legal action to protect his rights and interests. The authorities should also punish anyone who copies paintings without asking permission from their authors.

“Signing on a replica of a painting and thinking that the owner can sign or change anything on it after buying it is wrong. Pham Hong Minh should know this because he also studied art and owns an art-related brand,” says Khoi.

Painter Le The Anh, 44, is currently a lecturer at Hanoi University of Theater and Performing Arts. He is also a member of the Fine Arts Association of Vietnam. It has hosted numerous individual art exhibitions and won several national awards.

Pham Hong Minh, 31, graduated from the Faculty of Fine Arts of HCMC University of Architecture. He rose to viral fame in 2013 with his painting with glitter and fire performances on the reality show Vietnam’s Got Talent.

In 2017, he was recognized as the first live painting artist in Vietnam. He has developed a career in making live paintings of different styles and genres.

What is the processing time for FERS disability claims?