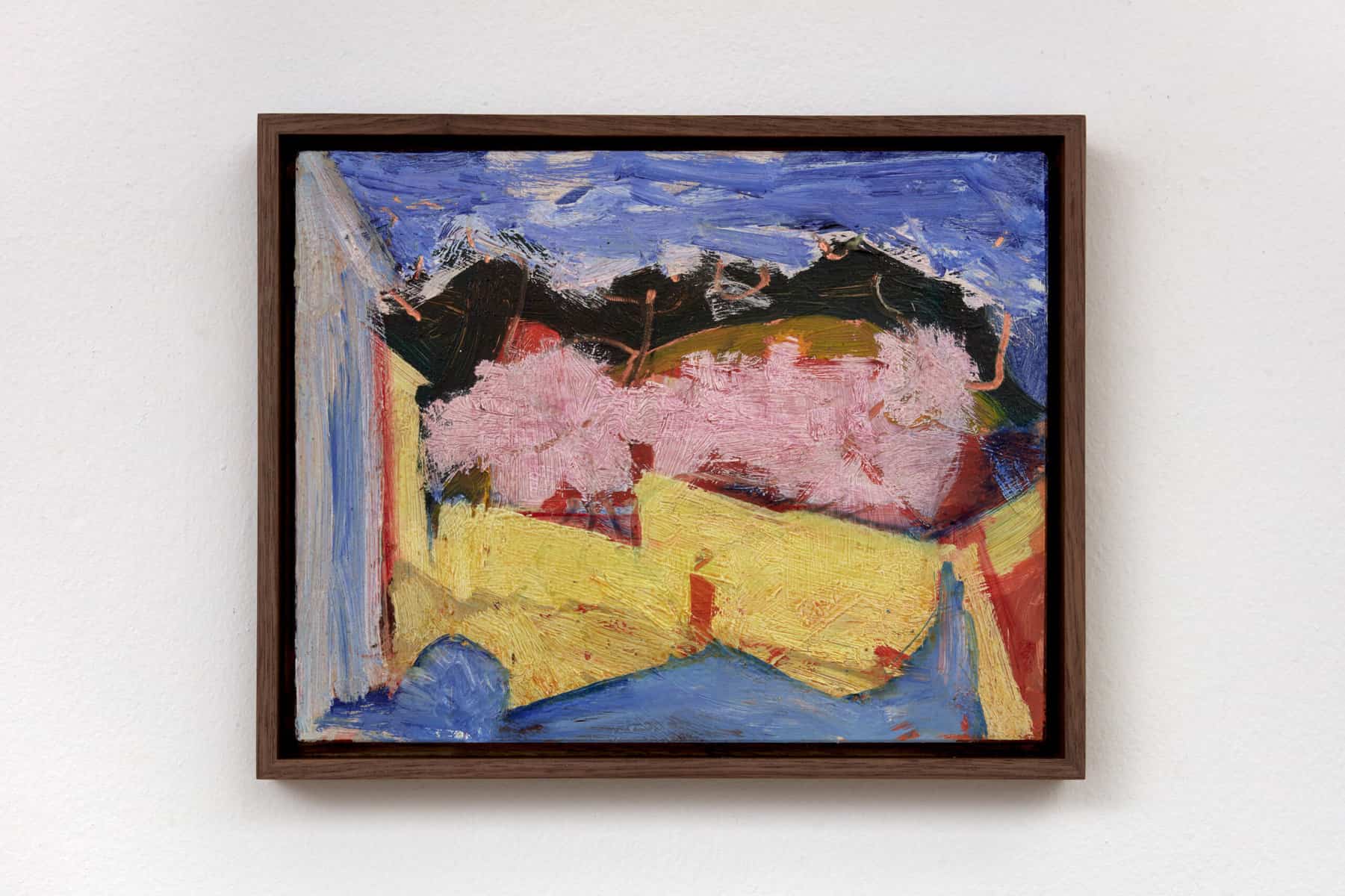 ‘The Woven Field’, a solo exhibition of new paintings by British artist Tim Stoner opens at Vardaxoglou to inaugurate their new gallery space at 7 Royalty Mews, London, featuring Stoner’s large-scale canvases, the first exhibition of these works for more than two years.

Tim Stoner recently returned to the UK after a 20 year spell in Ronda, Spain. Eventually kicked out of Spain by Brexit, his time there was the real propellant of his painting practice, sparking the heat soaked images that are burned into the canvas. Stoner is known for his masterful large-scale paintings that are charged with landscape and the energy of time and process. His paintings take years to complete and are good at bending the parameters of painting; some are worked up to 12 years. Stoner constantly progresses beyond his comfort zone as a painter and beyond what the viewer expects.

For Tim Stoner, a painting is a time machine. Some only quickly hold for an instant of about an hour, but when the brush is put down, time freezes. As life moves away from its completion, it demands that we inhabit the moment of its making from then on. Yet with Tim Stoner’s new paintings, time is expanded. Some works are painted over years and sometimes over an entire decade; removing, reapplying and moving things around until something is revealed away from its creation. There is no concrete plan with these paintings. They exist as models to record the changes in behavior and application brought about by the changes in the artist’s own life and perceptions, during the period of his creation. Stoner makes existence diaries.

One of the most important details of any painting is its surface; for example linen weaving is a very specific material for the oil painter. It all starts there. It is the painter’s geographical coat ready to receive paint crusts. Whether it is Velazquez or Frankenthaler, there is a statement made about this most important material for the painter. It holds their world together and is the framework in which the DNA of the painting will fall. In this universe, the removal of paint from its surface is as important as any addition of plastic to it. The surface of the painting begins to behave like the geography of a city or country where over time buildings are built and then demolished, shifting the cartography of the place…trees are planted then cut down and reshaped for new images . What Stoner’s paintings illuminate is how fragile a painting’s deliberations can be; the anxiety of how the pattern is positioned in this window and how our emotional reach for the subject can be manipulated and even suppressed, as an act of erasing one’s own life.

Imagine a scenario where all objects function as windows, that the layering of these patterns and the way they delineate the world and memory combine into a series of new patterns, some of which almost function as a zoom in on the subject. These are sometimes distorted and can appear as x-rays or deconstructions of things. Stoner’s process of making the background the foreground inverts the idea of ​​hierarchy and subject, meaning the painting becomes the medium for the speed of space.

A child’s first drawing tends to depict trees or a house, sometimes with a family in the scene. The unity that combines all the elements is the idea of ​​the house. The distortions of the child’s mind are as real to them as the perspective that the adult world conceptualizes. That is, the need to provide a visual scale becomes moot in relation to the hierarchy of meaning or emotional significance. The innocence and normalcy with which a child draws this is a far cry from the adult world of rent, mortgages, bills and providing an income to hold this unit together. This handmade symbol is universal. One can imagine looking through these windows into the child’s drawing, stuck in the four corners of the facade of the houses, his back to the world and the author’s hand. Objects may appear closer when viewed through a window (depending on the viewer’s distance from the glass), cropping the edge of the frame may make a distant object appear closer than it actually is. The window is both an ocular pathway to the world and also a pathway to the child’s enlightened mind.

Mark Westall is the founder and editor of FAD magazine, founder and co-editor of Art of Conversation and founder of the @worldoffad platform

Alex Vardaxoglou will present a solo exhibition of new works by British artist Tim Stoner (b. 1970), at their […]

GalleriesNow is the world’s leading gallery guide, with everything you need to know about great art wherever you are Our selection of six great exhibitions recorded in VR for you to take a virtual tour online.

A solo exhibition of new paintings by Tim Stoner titled Al-Andalus opens this week at Modern Art. The exhibition consists of new large-scale paintings made with reference to the environment and history of Ronda, a village in Andalusia, southern Spain

Compagnie Financière Richemont SA (OTCMKTS:CFRUY) Short interest up 39.3% in May