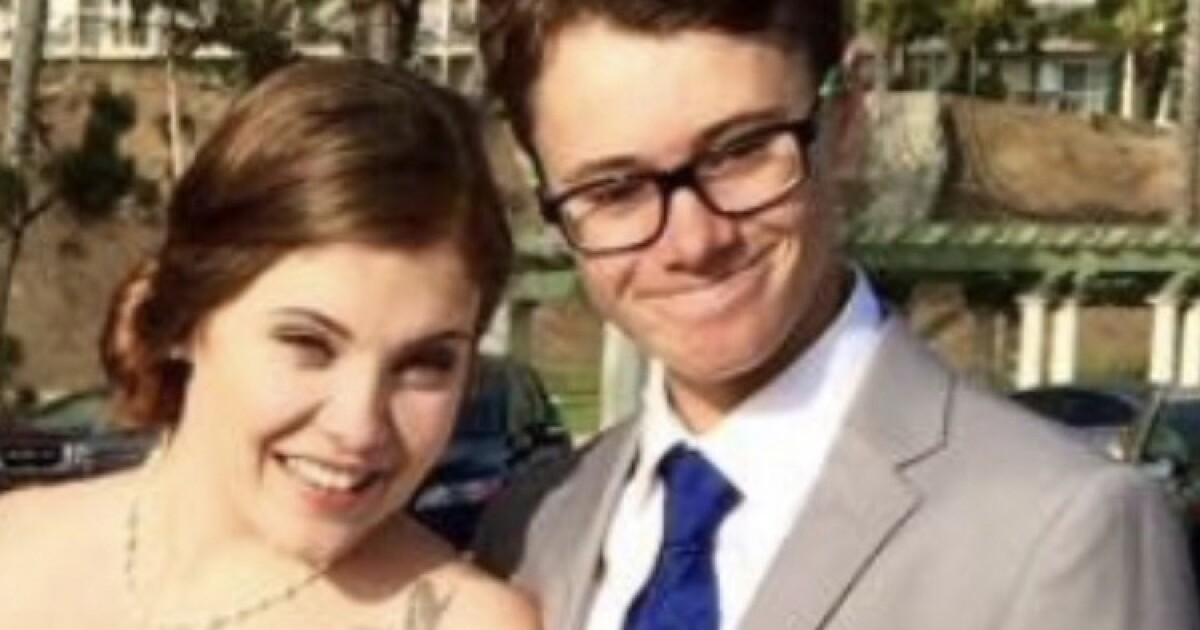 Acacia Smith doesn’t believe her younger brother, Brenden “Blaze” Smith, should be defined by a bad decision, even though that decision ended up costing him his life.

Acacia, a 28-year-old freshman at Orange Coast College, smiles through tears as she talks about Brenden. He enjoyed skateboarding and surfing at Huntington Beach High. He was attending Amarillo Community College in Texas and planned to transfer to Texas A&M as a double major in math and engineering while caring for his father who has multiple sclerosis.

But Brenden’s life was cut short in the early morning hours of February 13, weeks before his 21st birthday. His Jeep Cherokee hit a concrete median in Amarillo and overturned in a solo crash, and alcohol was involved, Acacia said.

“He was the nerdy boy who was all academic,” Acacia said. “This time he decided to do this stupid thing, and it happened. I just want to make sure he’s not frowned upon because he was a good boy. It could happen to anyone, and I think that’s the most important thing. Alcohol is not harmful. No matter how good you are or how good your future is, you could lose it all in a minute.

Her brother may have lost his future, but Acacia is now focused on improving his own. The Costa Mesa resident discovered a $1,000 “Never Drink and Drive” scholarship offered by Newport Beach-based Johnson Attorneys Group. The requirement was simply to write an essay on how drunk driving has affected your life, why people should care about drunk driving, and what you would do to raise awareness in your community.

Acacia said she had never applied for a scholarship before, but this one was obviously compelling. She became one of six finalists with his essayand Mothers Against Drunk Driving ultimately picked hers as the winner.

“Acacia’s writing showed her understanding of what MADD knows all too well – that drunk driving does not discriminate,” said Melissa Estelle, Senior Program Specialist for MADD Southern California. “We could feel the grief over the loss of her brother, but like many of the victims we know, she is determined to turn that pain into purpose. We are delighted to choose her as this year’s recipient and hope to support her on her advocacy journey.

The $1,000 scholarship will go a long way for Acacia, a single mother of a 5-year-old daughter. The Ocean View High graduate is taking six online courses this semester at OCC, while continuing to work as a waiter at a restaurant in Newport Beach.

His ultimate goal is to become a teen psychologist, in part so he can educate college kids about the dangers of drunk driving.

She says she still thinks about Brenden all the time. He would have turned 21 on April 10, along with his twin brother, Jovan, who lives in Hawaii.

“You don’t think until you lose someone about the magnitude of the impact,” Acacia said. “I think the best thing that came out of it was that he didn’t hurt anybody. To say he was in California on the 405 [Freeway]. There were so many people who could have been affected by this. It sounds so bad as his sister says so, but luckily he was the only one affected by it… He may not have killed people, but he still left so many victims.

Acacia wants to keep trying to channel her grief into helping others. She said the first thing she did when she found out she had won the scholarship was to thank her brother.

“I was relieved to reach out to people, but I also felt like I’d rather have my brother than the scholarship,” she said. “I don’t feel worthy, but he was worthy, and that’s what matters.”

Support our coverage by becoming a digital subscriber.

Collingwood teenager, one of only two people in the world, has been offered a specialist place at the National Circus School

Employees explain their new career at Washburn – The Washburn Review