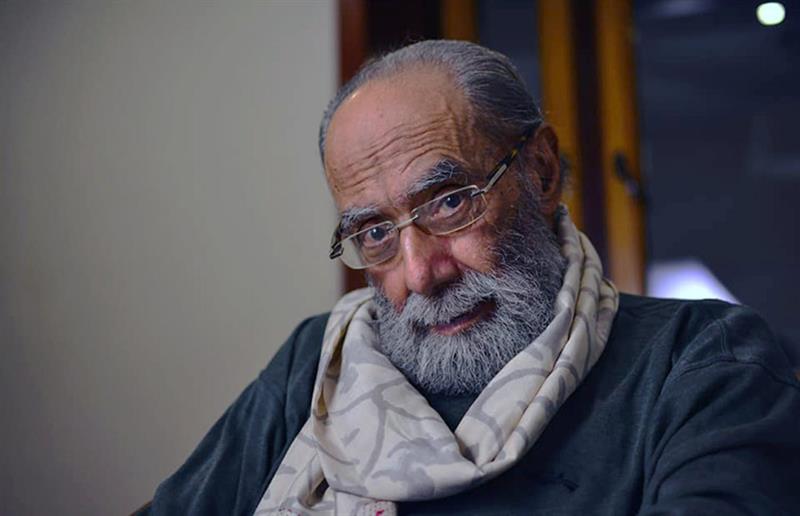 Abdelhalim Ibrahim Abdelhalim was an Egyptian architect who considered his role as a social facilitator, working for the betterment of the community through design. His work was inspired by his context, and often by concepts he considered appropriate for current projects. Through a combination of diplomacy and perseverance, he successfully met the challenges of implementing large projects in his native Egypt at a time when functionalism was the order of the day.

Born just outside Cairo in 1941, Abdelhalim developed a career in which an interest in community and ritual underpinned his approach to design. After studying at Cairo University, he then went to the United States. There he earned a master’s degree from Oregon and a doctorate from Berkeley, before returning to Egypt in 1978 after a decade of absence.

“It coincided with the annual exhibition of the work of outstanding architecture students. I stood there mesmerized: it was as if I hadn’t left at all – the same signs, the same obedience to the Modernist grid. When I asked a student to explain the thought behind his glass building, his response was simply “Universal space”. My thought was why, rather than taking Western modularity as a benchmark, he was not taught to understand the principles of his own culture when it comes to the organization of space.

Summarizing his own approach to his work, he said: “Each community has its own concept of order – in design one has to strike a balance between analysis, abstraction and rationality on the one hand, and faith and submission to the ideas of one community on the order, of the other. “

* A version of this article is published in the October 21, 2021 edition of Al-Ahram Weekly

While the architectural firm he created, Community Design Collaborative, worked on a wide range of projects, those that revolved around the idea of ​​a pre-existing local community have him most excited. One of its best known is its children’s park in the Sayeda Zainab district of Cairo. He sought to create a space where children could discover, interact and develop their personalities. He also envisioned the street along the park as a place for adult community members to have stalls and host community events.

The urban park was produced through an unusual process: simulating the design using a full-scale model, getting the community to interact with it, and then providing feedback, which was then used to refine the design. The design elements were based on the ‘reading’ of Abdelhalim’s site – taking inspiration from the existing rows of palm trees and incorporating a wide range of shapes, some spiraling, simultaneously inspired by the staircase of the nearby minaret of Ibn Tulun , the Milky Way, and a more personal spiral, the ultrasound of her future twins. These were the forms of his architecture – influenced by the signs he saw around him, which he read as significant.

The park, which won him a coveted Aga Khan Award for Architecture in 1992, eventually encountered challenges related to sustainability, management and maintenance, but is a testament to the unconventional way in which it approached the design.

“The starting point was to find connections between the growth of a child and the growth of the park, and we looked for events, objects and symbols in the culture that could express this idea,” he said. said one day.

Other key projects include the Nile Gallery Palace of Arts, an exhibition space within the precincts of the Cairo Opera House, used for the modern art exhibition, the master plan, and some of the buildings of the new American University in Cairo; and projects in the Gulf, including the Mohamed Ibn Saud Mosque in Diriyya, Saudi Arabia, and the Egyptian Consulate in Jeddah.

Omar Nagati, who worked with Abdelhalim in the 90s and 2000s, says what was important was his steadfast position that architects were social enablers – not just creators of attractive places. To this end, “his method was rigorous – it was research-based, taking the context and the community seriously, but also investing time in developing a concept. All of this happened before the design process even began.

His architectural forms often developed from the patterns inherent in the social and physical landscape that he found during this preparatory process. Abdelhalim’s buildings are distinctive – many eye-catching and unabashedly sculptural with prominent geometric shapes. His work is often inspired by historic buildings, some of which are clad in yellow and white stone stripes typical of medieval Egypt.

As his office matured, he became known for planning large cultural and educational complexes, some of which he also implemented. He saw space as a vehicle for interaction and, when planning projects such as the American University in Cairo campus, carefully considered informal spaces where the academic community would mingle. There he saw his role as a facilitator of an environment for a liberal arts discourse.

Abdelhalim was also known as an educator, both as a professor in the Department of Architectural Engineering at Cairo University and, less formally, as part of his practice.

“The special quality of working with him is that he has created an inspiring work environment. He gave directions and then carefully selected a range of different people who would contribute to different facets of the process. We would all work together in the same room, in an atmosphere that he enriched with his presence. This environment affected the final product: you couldn’t really tell who had done what exactly, because you had never worked alone, ”says Ayman Al-Gohary, who has worked with Abdelhalim on and off since 1992.

Nicknamed by everyone in his office “Al-Duktur” (The Doctor), Abdelhalim appeared as a wise and approachable patriarch, with a gray beard, slightly wild hair, a thunderous voice and a calm and grounded presence.

The meetings with his team were something between an audience and a family reunion, in which he actively engaged at length, mainly with his more experienced architects. Some of them would have temporarily disappeared into the big world of their own efforts, only to return like carrier pigeons to participate in “big projects” and competitions, usually after a friendly phone call urging them to return.

The younger members of the team were stunned as he exposed them and the others to a whirlwind of thoughts and ideas. These were often drawn from his travels and his long experience, and, of course, his fascination with community rituals – whether it was the rebuilding of Japanese Shinto shrines once in a generation to ensure that their knowledge of construction is not forgotten, or of the wisdom inherited from the elders of his own family. , remembers childhood.

He was a quintessential conversationalist, both expansive and inspiring in his collection of disparate anecdotes, often as to why a particular bridge or octagonal shape made sense. He was also astute and witty, wildly conceptual and yet well aware of the politics of the world in which he worked. More guru than diva, he is interested in what the young has to say. A doodle or cartoon he met in the office was enough to spark a conversation with a new team member, launching a relationship that has lasted for decades.

Such conversations were perhaps what was most memorable about him: in a field dominated by functionalism, efficiency and impatience, he took the time to work on “ideas” and reflect.

Even in his twilight years, as he endured the debilitating tremors of Parkinson’s disease that required him to deliver the fruits of his active mind through scrambled and muffled speech, he remained attentive and interested, and heavily involved in the operation of Community Design Collaborative.

In addition to a legacy of major real estate projects, mainly in the Middle East, he leaves behind a community of former and current “students” both literally and metaphorically. And, according to the name of his firm, his collaborators were numerous, including the eminent Jordanian architect, Rasem Badran, a longtime soul mate.

“For the receptive, meeting him, even briefly, was an exposure to a whole different way of seeing the world – ideas that you would never have really thought of before. He was also a fighter, whose convictions constantly propelled him, ”says Dr Ashraf Botros, a former staff member.

Abdelhalim is survived by his son, Nour, who has headed the Community Design Collaborative office for five years, and his daughter Amar, architect and textile designer.

Much of his work can be further explored in An Architecture of Collective Memory by James Steele, published by AUC Press in 2019.

The writer is an architectural historian and heritage specialist, currently director of The Barakat Trust.

* A version of this article is published in the October 21, 2021 edition of Al-Ahram Weekly

Where to place the Fortnite Ghostbuster signs in Holly Hedges, Pleasant Park, or Dirty Docks

The best (partialist) in Bournemouth

‘It was horrible’: Tim Paine’s wife reacts to shameful sexting…