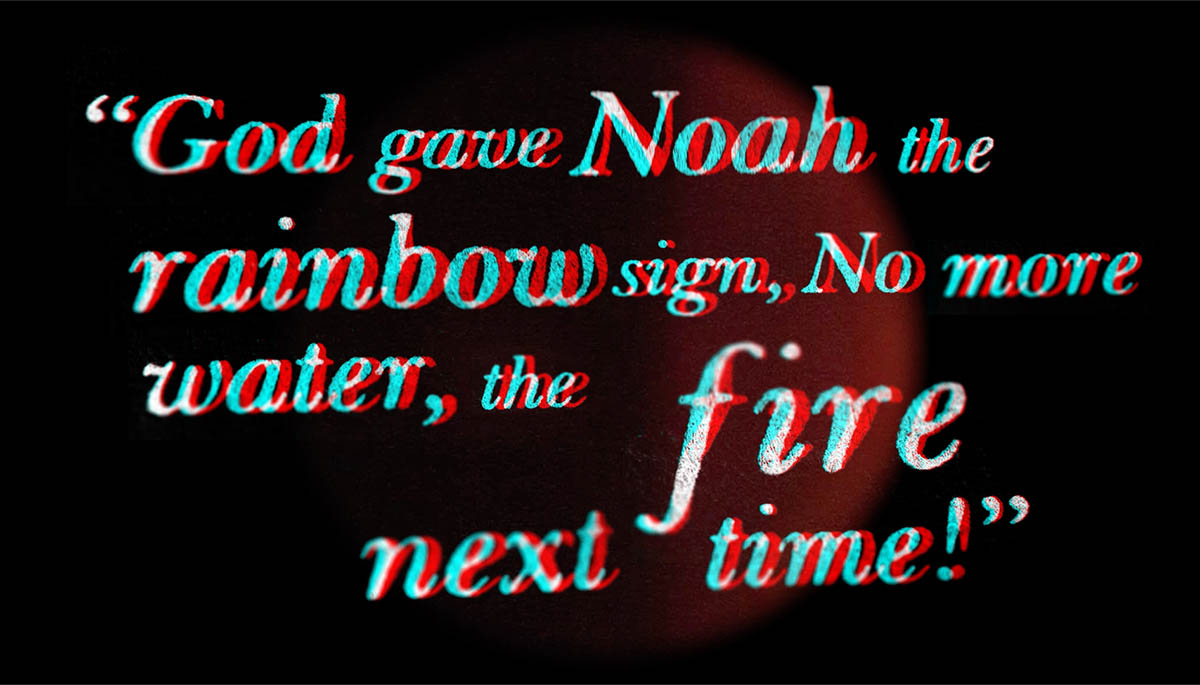 And from 7:30 to 9:00 p.m. on opening night, Jones will screen a video outside the gallery and give a talk about the show.

Jones’ exhibition is truly a family affair – and an exploration of empathy and compassion.

“For several years I have been working on a series of video projection pieces called ‘Lessons’ which record my efforts to teach my children about empathy and morality through culturally meaningful texts,” Jones said in his statement to artist about the show. “I strongly believe that reading is one of the best ways to become an empathetic person and develop a compassionate worldview.”

During the gallery installation, Jones and his teenage son Aidan read “My Dungeon Shook: Letter to My Nephew on the One Hundredth Anniversary of the Emancipation” from Baldwin’s “The Fire Next Time”. And Jones created the outdoor projection with his youngest son, Elliott, using quotes from Baldwin’s essay “White Man’s Guilt” and “Black English: A Dishonest Argument,” a speech the author gave in 1980. at Wayne State University.

“We turned to James Baldwin because right now there’s a lot of debate in the United States about how to teach American history and what should and shouldn’t be included,” Jones said. in his artist statement. “James Baldwin taught us how history makes us who we are right now, how we are not far from it: ‘We are our history.'”

Barry Jones is Professor of New Media in the Department of Art and Design at Austin Peay State University.