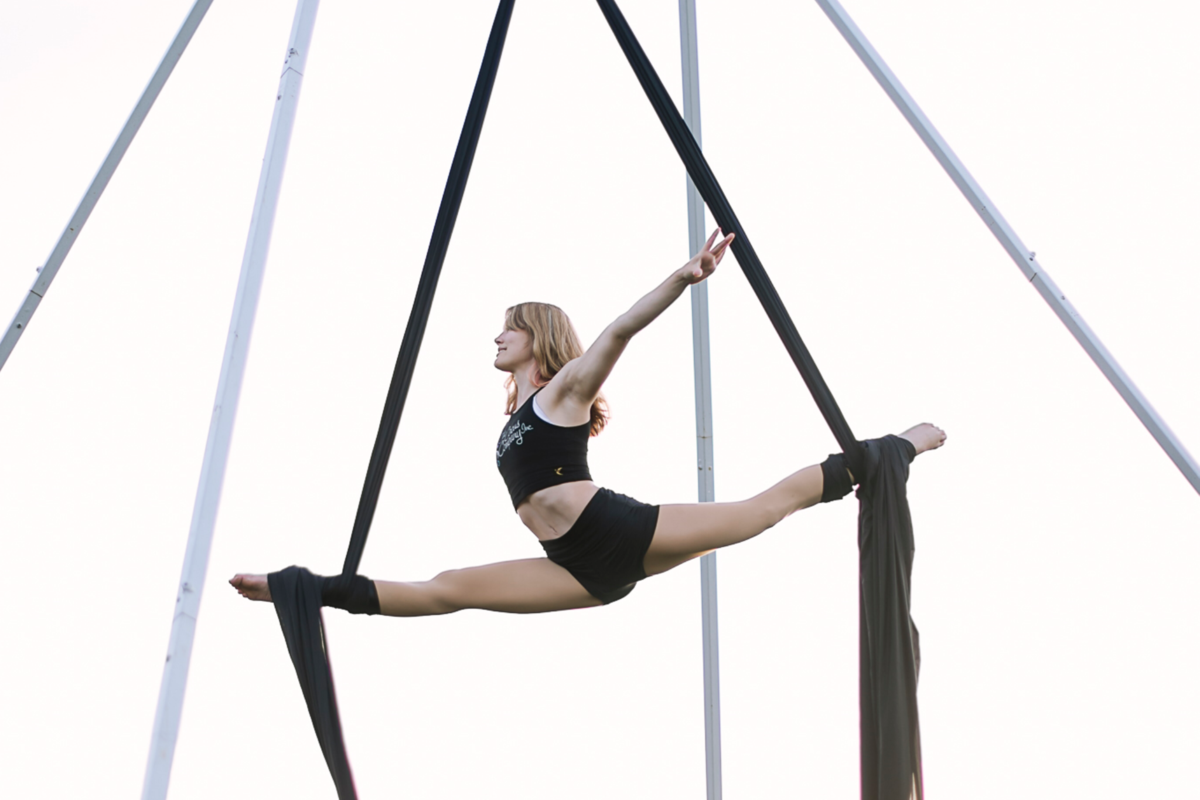 Collingwood teenager, one of only two people in the world, has been offered a specialist place at the National Circus School

A Collingwood teenager is racing to join the circus, but she’s not fleeing the town where she discovered the niche world of circus arts.

Clara Alex has been accepted into Montreal’s ultra-exclusive National Circus School, and she’s one of only two silk specialists in the world to be accepted this year.

The 17-year-old rose to the top in the world thanks to a hyper-focused and dedicated training regimen and hours spent at Collingwood Circus Club, part of Circus Company Inc.

Alex was introduced to aerial silks through the TV show America’s Got Talent. After just one course in 2016, she immersed herself in athletics and artistic sport performance.

“From my first class, I clicked on it,” Alex said. “I remember waiting all week until I could go home.”

Soon, Alex asked her mother to let her leave school so that she could train at the circus gymnasium during the day and at home in the evenings.

“It took a lot of persuading, and she said yes, so I left school to run away with the circus,” Alex said. “The amount I’ve been able to work on my craft, the time I’ve been able to focus on it, has really made such a difference.”

She hasn’t reconsidered her decision to dedicate her days to circus arts and forgo attending traditional high school.

“The circus was not comparable to anything else I could do,” said Alex. “It mattered to me.”

Aerial silks combine acrobatics and dance with long silk curtains hanging from a ceiling or mount to give the illusion of flying or floating in the air.

“It’s a thin piece of fabric that you move up and down and get rid of in different ways,” Alex said. “I think it’s an underrated sport because of its difficulty and physical demand. Circus performers…constantly resist gravity.

And they have to do it while being entertaining.

“I loved to move and be athletic, and started on stage and in theater when I was a kid,” Alex said. “Combining those two aspects made me like it.”

The National Circus School, which works with Cirque du Soleil, accepts only 25 students per year, and only two silk specialists among applicants from around the world. This is a lower acceptance rate than Harvard.

Alex’s coach, Tara Leslie, said getting accepted into the school was like being picked for the Olympics.

“It’s not enough to be good; you have to be on another level,” Leslie said. “There must be something special in you to enter.”

Special is exactly how Leslie described her student.

“She trained hard to be where she is, and her performance persona is so captivating,” she said. “She just draws people in…I find that aspect of a performer to be very rare.”

Alex said she tries to bring a lot of theater to the silks and also performs with hoops, which she sometimes lights on fire.

Leslie and Alex worked together to create her 10-minute audition video, then spent weeks waiting for news.

Alex was in Las Vegas when she received her acceptance email and called her trainer to tell him the news.

“It was a really big looping moment for both of us, because it’s been all those years of training and working,” Alex said. “My dream was to get into school and hopefully join a Cirque du Soleil production.”

She spends around three hours a day training at the Collingwood Circus Club six days a week. In addition, she does home workouts, running, and stretching.

“I think it’s both an art and a sport,” Alex said. “The higher the level of your athletic ability, the more art you can access.”

After training in circus arts at the gymnasium, Alex also gives lessons at the Collingwood Circus School.

She and the other students will perform twice this summer at the Simcoe Street Theatre. Show dates have yet to be announced, so stay tuned Collingwood Circus Club website and social media.

Alex will leave for Montreal at the start of the school year in September. The three-year course includes circus training, academics, and acting, dancing, and singing lessons. She will earn a degree in circus arts and, she hopes, a place in a Cirque du Soleil show.

“My whole world is circus, circus training and being good at circus,” Alex said. “There are people from all over the world in this school. It’s very exciting to be with some of the best in the circus.

Seminar to address the thorny issues of employment

Have a lazy day? How It Can Do Wonders For Your Mental Health | Health