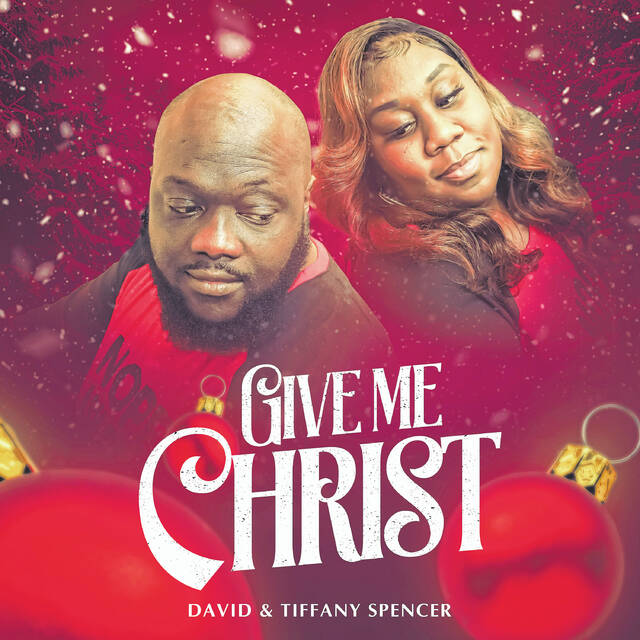 LUMBERTON – Fresh off the success of their Billboard single “We Are One”, David and Tiffany Spencer end the year with a release in time for the holiday season.

â€œGive Me Christâ€ is a sweet reminder to keep Christ at the center of our concerns this year.

â€œI remember when companies encouraged everyone to use Happy Holidays instead of Merry Christmas for fear of offending someone,â€ David said.

Excluding Christ is not an option for him, which prompted him to write this song.

â€œGive Me Christâ€ is now available wherever music is streamed and downloaded.

â€œYou’ll have great music to listen to while you enjoy Black Friday sales,â€ according to a press release.

“David and Tiffany Spencer share an ‘extraordinary bond’ in life,” the statement continued. â€œNot only are they married and happy, but they also have a cohesion in the creation and performance of music. Their unique blend is bright, warm and always conveys a message consistent with their Christian values. Their love for God and for each other is always reflected in their music.

â€œI love the lights and the gifts and all the joy of the holidays, but nothing compares to the gift Jesus gave the world,â€ Tiffany said. â€œIf I have nothing under the tree this year, ‘Give me Christ.’ “

The new single builds on the momentum of the couple’s recent hits of “We Are One” and Gonna Make It. “

â€œGonna Make It,â€ the couple’s single, was featured on radio stations across the country, reaching No. 22 on the Internet Radio BDS Gospel chart for airing. The duo’s album “One Touch” was named Kingdom Image Award 2020 Best Album of the Year and won a 2020 Rhythm of Gospel Award for Best Wrapping.

David and Tiffany’s vocals have been featured on records with Kim Cash Tate, Bryon Walker, Sheri Jones Moffett, Will Harris Fellowship Chorale, JaShawna Bellamy and many more. Emmy nominee James Patrick Stuart featured the couple’s “sultry vocals” on his record “Can You Feel Me,” which he performed at ABC General Hospital.

The husband-wife duo recently received top honors at the eighth annual Dunamis Gospel Award ceremony in Winston-Salem, winning two awards for Dunamis Artist of the Year and Dunamis CD / Song of the Year.

David and Tiffany were both born and raised in Lumberton, but now reside in Laurinburg. Tiffany is a music teacher at Spring Hill Middle School in the County of Scotland. David is the communications specialist for Lumbee River EMC.

Digital Child’s Play: Protecting Children from the Impacts of AI |