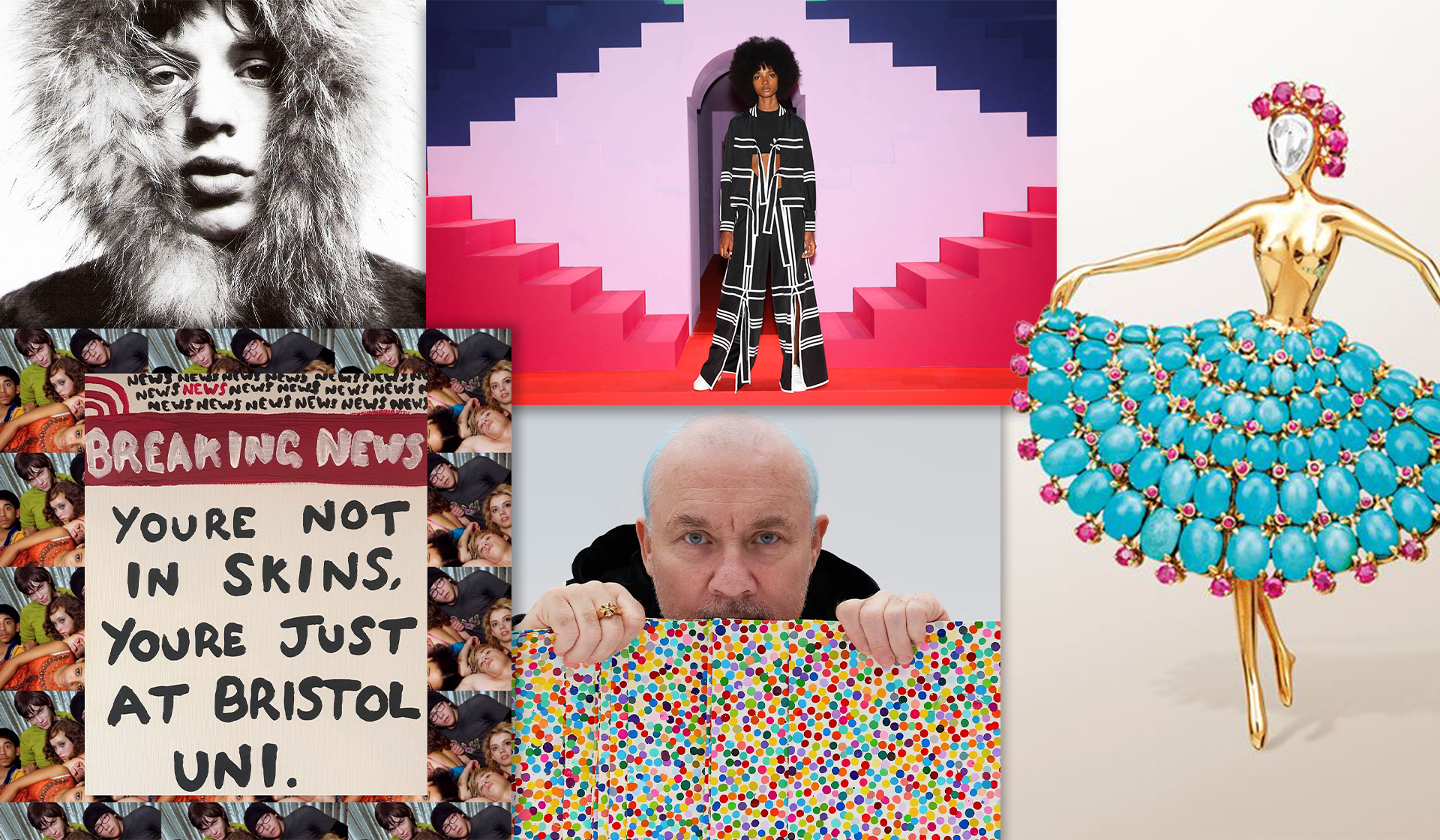 Exhibitions to visit this fall

Summer may be coming to an end, but London still has plenty of cultural offerings for the autumn months ahead. We’ve put together an edition of the capital’s best exhibits, from thought-provoking art to fascinating historical exhibits and an exhibition about the world of musicals.

We’ve covered some of artist Yinka Ilori’s works and installations in the past and are delighted to see that he now has a new exhibition dedicated to him at the Design Museum. ‘Colourful’ celebrates her signature aesthetic of bright, bold shades inspired by African fabrics and Nigerian design that defined her childhood, reworked to create incredible large-scale graphic pieces.

The Design Museum – Objects of Desire: Surrealism and Design 1924 – Today

This exhibition is about the weird and the wonderful: from the birth of surrealism as a modern art form in 1924, Objects Of Desire takes you through a history and exploration of movement, focusing on works of classic surrealist art and design of the twentieth century. , and is now moving towards surrealist expression. Works by famous surrealists like Salvador Dali, Dora Maar, Man Ray, Leonora Carrington and Lee Miller are on display, along with pieces from fashion house Dior and internationally acclaimed singer Bjork.

The Red Eight Gallery, located within the Royal Exchange, is currently hosting Banking on Banksy, a new exhibition dedicated to the works of the world’s most famous anonymous artist. Some of Banksy’s most famous works like Happy Choppers and Girl With A Balloon will be featured, as well as some of his lesser-known street art. You can even buy coins like Christ With Shopping Bags, Flower Thrower, and No Ball Games, though all of them will cost you a good chunk (think tens of thousands to millions). You can read more about Banking On Banksy here.

The charming drawings and stories of Beatrix Potter come to life in this new V&A exhibition that celebrates the life of the beloved children’s author. Obviously familiar faces like Peter Rabbit, Mrs. Tiggy Winkle and Squirrel Nutkin will be in attendance, but the event also explores Potter’s work as a scientist and conservationist, as well as the places and parts of nature that have inspired his stories. Many of his sketches and letters will also feature, portraying the person behind the world famous name. Drawn To Nature is produced in collaboration with the Natural Trust.

Re:Imaging musicals is another V&A exhibit worth visiting this fall, and is aimed at theater enthusiasts: the exhibit is themed around musicals and how they have evolved over the years. You’ll see the impact and influence of classic musicals like my lovely lady and Miss Saigon have had on the genre, as well as the popularity of cult new shows like SIX and Everyone is talking about Jamie. Never-before-seen objects and props from the museum’s theater and performance collections will be on display, allowing you to have an immersive look into the world of musical theatre.

It’s been hard to miss the growing influence of Korean culture on the West, with movies and TV shows like Squid Game, Oldboy and Oscar winner Parasite becoming beloved classics outside of Korea and K Pop like BTS, Girl’s Generation and PSY becoming more mainstream with dedicated fanbases. Hallyu! The Korean Wave celebrates this, depicting how South Korea grew from a war-torn nation into a modern cultural powerhouse, through its influential culture and fashion and through events like the 1988 Seoul Olympics. The exhibit is a fascinating look at one of the world’s most daring cultures and is well worth a visit.

Ancient Egypt is one of the most fascinating periods in the world, with its huge pyramids, rich pharaohs and hidden tombs. The hieroglyph writing system is a source of fascination in itself, and this new exhibition at the British Museum explores how we have come to understand them. The central piece of the puzzle is the Rosetta Stone – the world famous artifact currently housed in the museum, and the exhibition takes you through the earliest attempts to understand hieroglyphs in the centuries before the stone was discovered, up to to its discovery and to the understanding and revelations that discovery has brought with it.

Damien Hirst will collaborate with HENI to present this new exhibition of paintings from Hirst’s NFT collection. Called The Currency, it is a collection of NFTs (Non Fungible Tokens), each of which represents unique physical works of art made by Hirst. The collection contains 10,000, and NFT collectors had the option of keeping it or exchanging it for the physical artwork. While they would get the artwork, the NFT would be destroyed. The currency will open on September 9, and in October, Hirst will destroy the remaining NFTs.

Artist Times New Roadman has a new exhibition of his art called Reflections of the Time. Several of his works (on which the artist wonders “Is this art or memes?”) will be exhibited, with pieces like Petition For Influencers to Stop Taking Pictures In Car Parks, The World Doesn’t Need Anymore Podcasts and You’re From Surrey, Stop Saying My G adorning the gallery Every piece takes on an element of social phenomenon, from Line of Duty to Tesco to the Jubilee.

The Design Museum: the art of movement by Van Cleef & Arpels

The Art of Movement comes from the luxury jewelry brand Van Cleef & Arpels and presents a rare set of jewelry creations. From September 23 to October 20, the exhibition presents nearly 100 pieces of jewelry from its collection, supplemented by documents drawn from archives and creations from other private collections, all to show how the movement plays a role in the valuable materials.

We Are Queer Britain is part of Queer Britain, Britain’s first dedicated LGBTQ+ museum, which opened earlier this year in London. The exhibition has been open for a while now, but is definitely worth a visit if you’re not, giving you an insight into history and insight into the LGBTQ+ community in Britain, with plenty of emotional highlights that will make you pause and think. There are plenty of exhibits here showing the activism and anger of the rights-seeking community, but also photos of people happily in love. The travel tour is a must.

Aimed at music fans, this upcoming exhibit celebrates music photographer David Bailey and his photographic archive. The experience will allow visitors to view and take photos of all of Bailey’s archives, featuring genres like rock n roll, jazz, britpop, hip-hop and more. Artists pictured include some of the biggest names on the planet, like The Beatles, Bob Dylan, David Bowie, Miles Davies, Kate Bush, Dr Dre and more. It opens September 15 at 45 Park Lane.