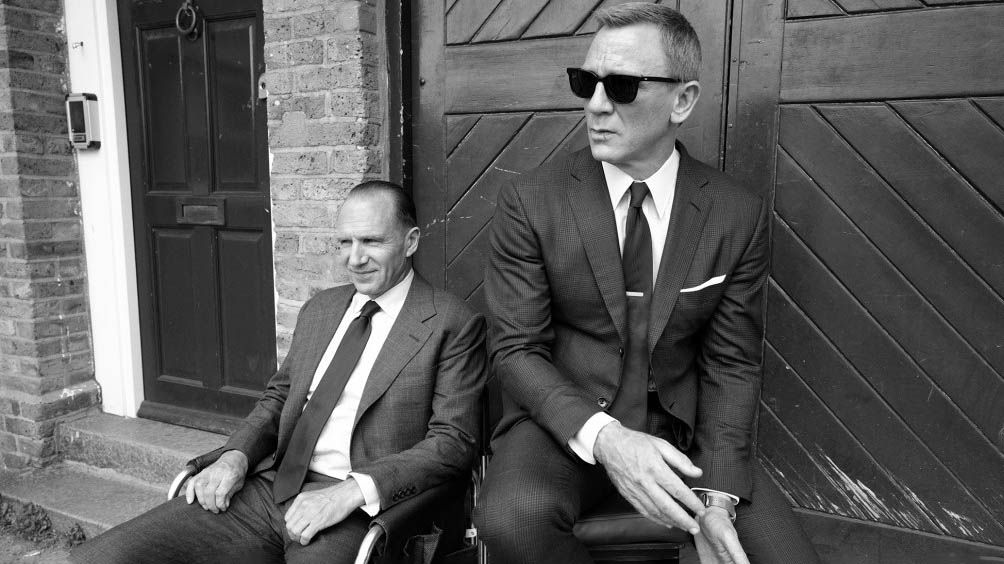 Four photographers took part in a series of 25 photos documenting behind the scenes of the 25th James Bond film, No time to die. All the images were taken using Leica cameras and the creative decision was made to take all the photos in black and white, a medium that Leica masters so well.

The photographers involved in the project all have a deep connection to the films themselves. They include producer and Bond Guardian Michael G Wilson (Barbara Broccoli’s half-brother), who is also an expert in 19th-century photography, and No time to dieunit photographer and portrait specialist, Nicola Dove.

They are joined by Greg Williams, a famous reportage photographer renowned for his cinematic composition style, and none other than Daniel Craig, who has starred in five Bond films in total and is an avid photographer in his spare time. Both men have their own limited edition Leica camera, the Leica Q2 Daniel Craig x Greg Williams.

â€œThe idea for the exhibition arose from conversations I had with London archivist of Leica, Lou Proud, during the production of No time to die“Wilson says.” When we realized we had four accomplished photographers on set who could capture behind-the-scenes moments with a Leica camera, we realized we had the makings of an exhibition. “

Since childhood, Wilson has had a longstanding affinity for photography. His father was an avid photographer and often carried a suitcase containing a mini enlarger and turned their bathrooms and basements into dark rooms. As he grew older, Wilson followed suit and became a curator at the Metropolitan Museum of Art before being appointed director of photography at the J Paul Getty Museum.

In an article published on the Leica blog, Wilson talks about Weston Naef, who encouraged him to pursue photography, and his daughter Ella Naef, who was instrumental in printing and organizing the exhibition. .

â€œWith Ella’s help, we put together a portfolio of 25 images showing the work of the four photographers. We created portfolios of which four are artist proofs for the four artists, one for the Aeon [Productions, which makes the Bond films] archive and one is on Bond auction in the fall of 2022. “

The exhibition will take place in ten locations around the world by January 2022 including London, Tokyo, Osaka, Frankfurt, Los Angeles, Salzburg, Singapore, Taipei, Seoul and Vienna. For any die-hard Bond fan, this is a must-see exhibit – dates for each location are available on the Leica website.