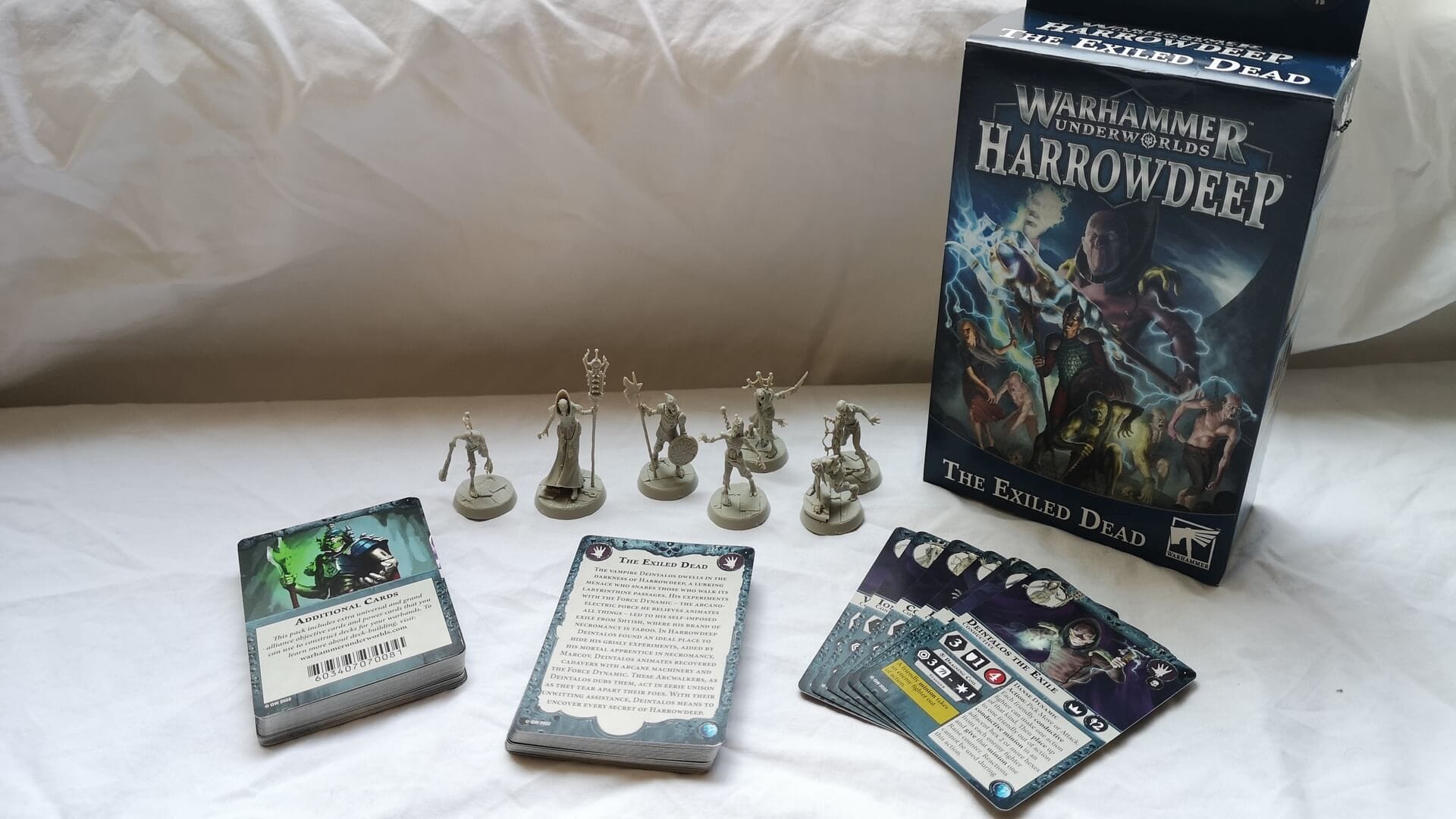 Warhammer Underworlds is a competitive skirmish wargame that combines board and card game elements. Set in Games Workshop fantasy Warhammer Age of Sigmar setting, it kicked off its sixth season recently with a new starter set Nether Labyrinth. Coming out at the same time, as part of the final season, Harrowdeep, the Exiled Dead can still be used in competitive play in the new season, and will still be playable in Friendlies and the new Rivals format. In this article, we’ll take a look at the contents of the Warband Pack and our favorite cards from the pack.

Who are the exiled dead?

The Exiled Dead features a vampiric necromancer, their apprentice, and five reanimated corpses. They differ from previous warbands in that minions start inspired, and after certain boosts or abilities, become uninspired. Deintalos and four of the revived are also conductors, which can earn them bonus dice for attacks when in close proximity to other conductor fighters.

The Exiled Dead expansion comes with the seven miniatures that make up the warband, their stat cards, and a ready-to-play Rivals deck (we discuss the Rivals format below). It also comes with an extra set of cards that can be used with any Warband, to add to decks in the other game formats.

What cards do the exiled dead have?

Our picks from The Exiled Dead warband cards are:

The Exiled Dead also includes thirty-two extra cards, eleven gambits, eleven upgrades, and ten objectives. These include neutral cards that can be used by any warband and a restricted grand alliance card for order, chaos, death, and destruction in each card type.

Our pick of The Exiled Dead Grand Alliance extra cards are:

Our pick of The Exiled Dead Universal additional cards are:

The Exiled Dead are an interesting band of Death, and their cards punish your opponent for letting them gather around their fighters. There are also decent maps for other warbands in the extra maps.

The copy of Warhammer Underworlds The Exiled Dead used to produce this preview was provided by Games Workshop.