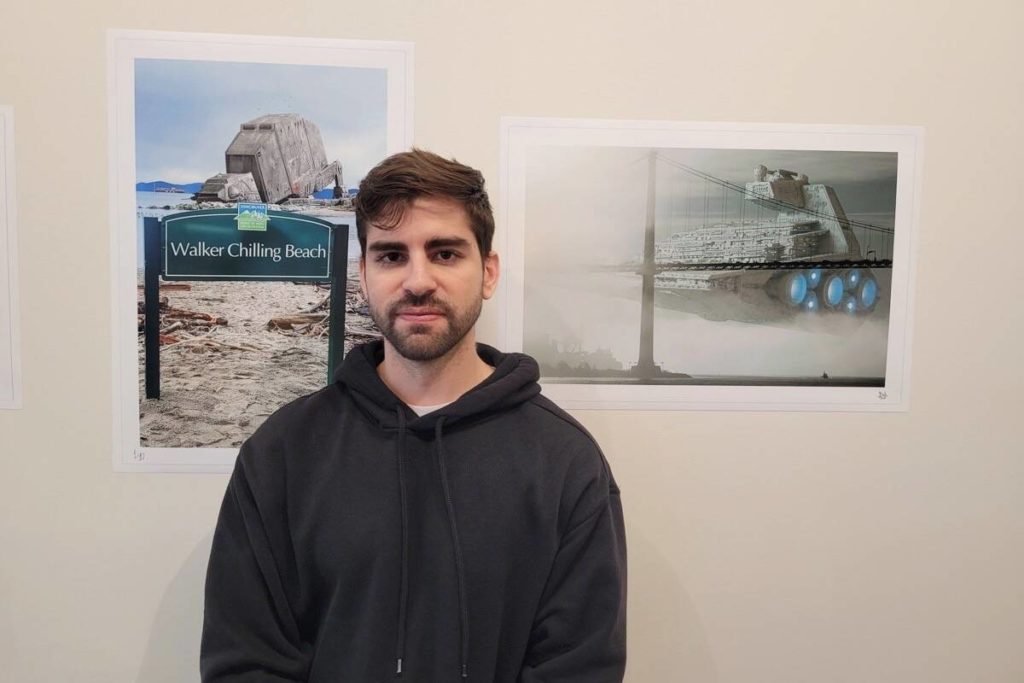 Mexican-born David Aste – best known for his pop culture concepts, street art and graffiti made with various mediums – created the 10 pieces in his “Not So Far Way” series last month, marking the first once part of the collection has been made available to the public and offers visitors the opportunity to purchase one of the limited edition prints directly from the artist himself.

“I am very honored to be invited to present my works at Stargazer,” Aste said in a press release. “Coming from a different country, this whole experience is something I could never have imagined. It’s very exciting, especially since the two themes work so perfectly together.

Aste’s work is characterized by a satirical combination of pop culture with real places and situations, and in “Not So Far Away” the artist imagines what it would be like if the classic science fiction saga were was taking place in Vancouver instead of a long time ago. in a galaxy far, far away.

“The idea for ‘Not So Far Away’ came about very organically from the pages of Reddit,” he said, referring to an image he created and posted online in late September showing a Life-size Imperil Star Destroyer hovering over downtown Vancouver. This image – inspired by Reddit users’ reactions to a previous piece he made showing what the tallest building in the world (the Burj Khalifa in Dubai) would like in downtown Vancouver – sparked many requests for more art in the same vein.

“It’s something that people were really curious to see, and I took all of their comments and suggestions into consideration for what was to come next,” Aste said. “These are also the people who suggested that it be a limited edition, so that’s what I did. It’s surreal to know that there are people who love the work and who are ready to have a share.

Other locations featured in the series include Pacific Spirit Regional Park (representing the forest moon of Endor from Star Wars: Episode VI – Return of the Jedi), Science World (made up to look like a mini Death Star), and English Bay (with the famous barge that ran aground in a storm last fall replaced by a shot down Imperial AT-AT Walker and a sign naming the site “Walker Chilling Beach”).

The complete series can be viewed at davidaste-store.art. Aste has made 10 prints of each of the 10 pieces and will show them until September or it will sell out.

“We are thrilled to be the first venue for David to show off these incredible works of art,” Sensea Immersive co-founder Mick Kelly said in a press release. “His innovative style fits perfectly with the theme of our Stargazer exhibition, we are happy to support him for free and are sure he will sell these prints quickly.”

Stargazer: An Immersive Universe is a “fully immersive visual and sensory exhibit for all ages” curated in part by HR MacMillan Space Center in Vancouver and featuring interactive projections, virtual reality and historically accurate replicas, including a version at the real scale of the Apollo Lunar Module.

Stargazer also presents the Space to Spoon exhibit, a hands-on interactive experience from the Canadian Space Agency and the Ingenium Center showing how space-related science, technology and innovation are helping to modernize agriculture, with the aim encourage informal science learning at school. groups and general public.

For tickets and information, visit stargazerexhibit.com.