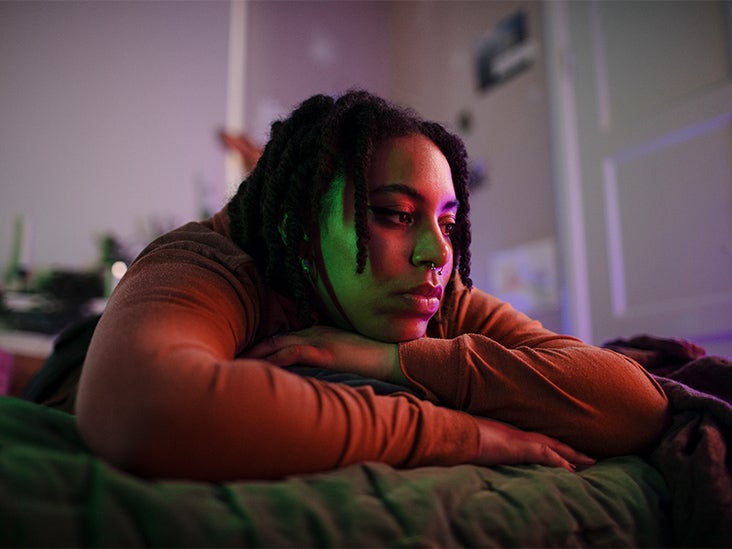 A single dose of a synthetic version of the psychedelic drug psilocybin, combined with psychological support, reduced symptoms in people with treatment-resistant depression, a new study has found.

The drug was administered in the presence of trained therapists. Study participants also met with a therapist several times before and after the psilocybin session.

The results of the study, published on November 3 in The New England Journal of Medicineshowed an almost immediate decrease in symptoms of depression, with the greatest benefit seen in people taking 25 milligrams of synthetic psilocybin.

“This study, which is by far the largest clinical trial of the use of psilocybin for treatment-resistant depression to date, demonstrated that a single 25 mg dose of psilocybin improved participants’ symptoms of depression by compared to a dose of 1 mg, “Dr. james ruckera consultant psychiatrist at King’s College London, who was involved in the research, said in a Press release.

“These results are a positive step in the right direction. Our task now is to study psilocybin for treatment-resistant depression in larger clinical trials with more participants, comparing it to both placebo and established treatments,” he added.

The clinical trial, which took place at 22 sites in the United States, Canada and Europe, was designed to test the safety and effectiveness of different doses of the synthetic version of psilocybin.

The researchers recruited 233 people with treatment-resistant depression – defined as not responding to two or more treatments with antidepressants.

People with this condition suffer from more severe and longer-lasting depression and are at higher risk of disability, physical illness, hospitalization and suicide, the authors of the new study wrote.

“However, [antidepressant treatment] could be started at any time during the trial if deemed clinically necessary by a physician investigator,” the authors wrote.

The researchers assessed the severity of the participants’ depression before the psilocybin session with a psychological scale widely used by clinicians. This assessment was repeated several times during the 12-week follow-up period.

The psilocybin session, supervised by two therapists, lasted between 6 and 8 hours. Participants were randomly assigned to receive one of three doses.

Prior to the treatment session, participants met with a therapist at least three times. They saw a therapist twice more over the next week.

For example, in the 25 milligram dose group, “there was a pretty substantial benefit and it happened very quickly,” he said.

Researchers found that 3 weeks after the psilocybin session, 37% of people who took the 25 milligram dose showed improvement. Additionally, 29% were in remission at that time, according to the study.

In contrast, only 19% and 18% of people in the 10 milligram and 1 milligram groups, respectively, showed improvement in their symptoms at week 3.

However, the benefits of the 25 milligram dose on symptoms of depression had diminished by week 12, with 20% showing improvement in their symptoms by that time.

Additionally, the difference in results between the 25 milligram and 1 milligram groups at week 12 was no longer statistically significant.

dr. Bertha Madrasdirector of the Addiction Neurobiology Laboratory at Harvard Medical School’s McLean Hospital in Belmont, Massachusetts, wrote in a accompanying editorial that the results were “both intriguing and sobering”. She did not participate in the study.

The 37% response rate seen in the 25 milligram dose group was lower than that seen in a Phase 2 clinical trial 2021 comparing psilocybin to the antidepressant escitalopram, she pointed out.

However, in this study, participants suffered from moderate to severe major depressive disorder and they received two doses of psilocybin.

Overall, Back said the results of the new study are promising and suggest psilocybin’s potential as a treatment for treatment-resistant depression.

Future research will need to address these limitations, he said, including examining whether more than one dose of psilocybin is needed for long-lasting results.

He also thinks future trials should compare psilocybin-assisted therapy to another treatment, such as a regular antidepressant. Ideally, these studies would have a longer follow-up, 6 months or more, he said.

Of the participants in the new study, 77% experienced side effects such as headaches, nausea and dizziness.

A small number of people in each of the dosage groups had suicidal thoughts or harmed themselves during the 12-week follow-up period, the researchers found.

Back said these types of serious adverse effects were seen in all studies of treatment-resistant depression.

“What this suggests is that people with treatment-resistant depression need ongoing psychological care to monitor [signs of suicidal thoughts and self-injury],” he said.

This is one of the reasons why he believes that psilocybin-assisted treatment should be done in the presence of trained clinicians, with ongoing psychological monitoring.

“It’s not a do-it-yourself thing. Suicide is hard to deal with,” he said. by myself.'”

Why VCs Can’t Be Experts All the Time

Maryland today | Giving students a “space” for galactic discovery – and a…

The 10 Rarest Daredevil Problems Ever (And How Much They Cost)

“Once in a Blood Moon”, a novel by Dorothea Hubble Bonneau reinterprets…